What can history teach us? From Chapter 1 of Hegel’s Introduction to the Philosophy of History:

Rulers, statesmen, and nations are told that they ought to learn from the experience of history. Yet what experience and history teach us is this, that nations and governments have never learned anything from history, nor acted in accordance with the lessons to be derived from it. Each era has such particular circumstances, such individual situations, that decisions can only be made from within the era itself. In the press of world events, there is no help to be had from general principles, nor from the memory of similar conditions in former times—for a pale memory has no force against the vitality and freedom of the present. In this respect, nothing is more trite than the repeated appeal to Greek and Roman examples, which was so commonplace at the time of the French Revolution. No difference could be greater than that between the nature of those ancient peoples and our own time.

The translator, Leo Rauch, footnotes an interesting quote from Hume:

See Hume’s Enquiry Concerning Human Understanding, Section VIII, Part I, “Would you know the sentiments, inclinations, and course of life of the Greeks and Romans? Study well the temper and actions of the French and English. … Mankind are so much the same, in all times and places, that history informs us of nothing new or strange in this particular.”

It’s worth noting that Hume lived in rather extreme poverty until he published a multi-volume history of England, after which he skyrocketed to fame and fortune in the intellectual atmosphere of his time. Surely such a deep study of history helped to inform his other writings. 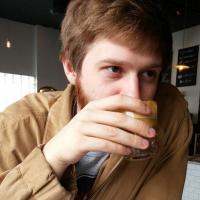